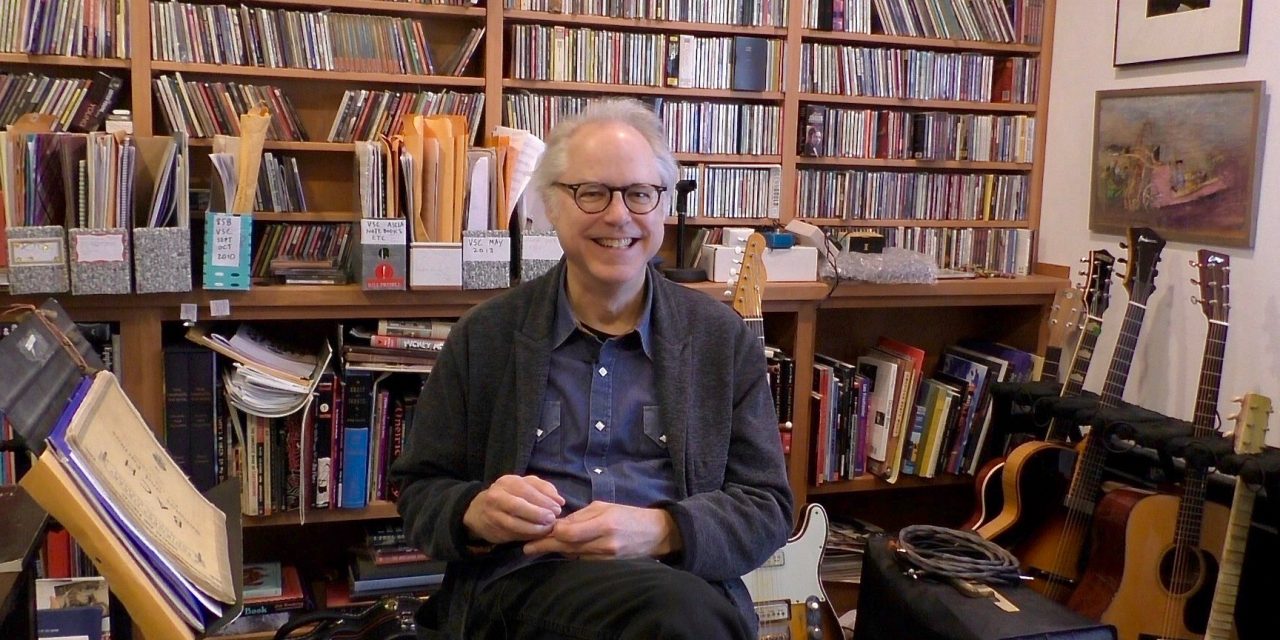 This is a website about the American guitarist Bill Frisell.

Over a period of 45 years, 40 albums as leader, and appearances on more than 300 recordings, Frisell has established himself as one of the most important and influential musicians at work today.

A quietly revolutionary guitar hero for our genre-blurring times, he has synthesised many disparate musical elements – from jazz to pop, folk to film music, ambient to avant-garde, country to classical – into one compellingly singular sound. Frisell has broken down borders, transformed the language of his instrument, and forged a panoramic and pluralist new approach to American music.

This site will begin to tell the story of why, and why you need to, too. It will mostly feature research I’ve conducted for a forthcoming biography of Frisell, the first on the guitarist. I have had unprecedented access to Frisell, speaking to and spending time with him over many days in various cities, both in the US and Europe. I have also interviewed his close family and friends, and almost everyone with whom Frisell has had a significant musical relationship.

On this site I will be sharing a selection of the written, visual, audio and video material I have gathered for the book. And perhaps, nearer to publication, some excerpts.

Thank you for reading.